An old lusitanian legend tells that god, satisfied with his creation, went for a walk in the garden of eden. Heated by the summer suns, he sat down to rest and cool off under the shade of a tree, and decided to try some herbs nearby.

The story tells that when he tasted the sugarcane, he found it delicious, and immediately blessed it by saying: “you will delight and sweeten the hearts of men.”

That same night, beelzebub came out of hell to pry into the recent creation. Intrigued by what god had tasted, the demon tried to savor it as well, but when his scalding hands touched the sugarcane, it distilled a hot syrup that burnt the claws of the

Enraged creature, who immediately cursed it by saying: “you will be the downfall of the human race.” this is how aguardiente was born. Today it is known as the joy and lust of men. 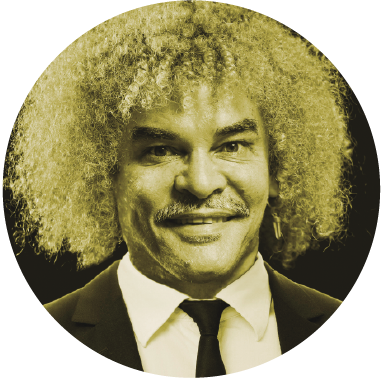 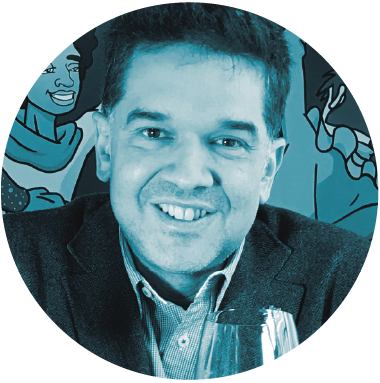 Talking about “aguardiente” means talking about sugarcane. This plant of the “poaceae” family has a remote origin: it goes back perhaps 9000 years bc, in the distant papua new guinea, where it was probably used for the first time by man.

From there, adventurous explorers took it to the banks of the river ganges, from where it conquered india. It took many centuries for portuguese adventurers to cross the cape of good hope, discover this exotic plant, and take it secretly to european territory.

The sugarcane plant did not prosper in continental europe, and had to reach the temperate islands of azores and madeira to start bearing its first fruits.

Its arrival to america occurred almost immediately; the portuguese began producing large quantities of sugar, which were originally sold in europe, as an exclusive product for kings and popes. It was considered a luxury, because of its exotic origin and exorbitant prices.

Little by little, sugarcane became popular. The “secret of state” of the portuguese was embraced by the spanish, the dutch, the french and the british. America was a paradise: sweetened and happy.

Once the sugar and the alcohol were made, then came the fermentation with “guarapos” of low alcoholic strengths.

After distillation, the aguardiente appeared: a magic and delightful liqueur. The latin “aqua ardens” that was born as the curative potion heiress of the medieval “aqua vitae” was a crossbreed liqueur. Distillation and cane were brought by the europeans.

The arabs contributed with the delicate anise, and thanks to the creole mischief, the perfumed liqueur was created. Soon this “elixir of life” became popular on colombian soil and is now the emblem of our nation.

Jubilo comes from the purest and icy waters of the parque de los nevados, the sugarcane of the colombian fields and the most select botanical products of the national geography, where the star anise leads and perfumes, with other plants from the heart of colombia, the magic of this aguardiente

An alcohol subjected to three distillations and filtered in charcoal it is the base on which our botanists macerate for several days, to provide the essence of the aguardiente jubilo.

Water of the andes, exotic botanicals from the mountains of colombia and the best sugarcane in the world are the essence of this unique and delightful liqueur that has come to be the “spirit of colombia”.

Jubilo is colombia’s first super premium aguardiente of filtered and triple distilled cane alcohol. Produced in small batches with the purest water from colombia’s los nevados national natural park and the most exotic botanicals of the andean mountains, libertad is aged for three months in wood, which makes the elegance of star anise stand out. Perfect to be enjoyed straight at a temperature of 7-10º c, or to make high-end cocktails.

DELICATE AND HERBACEOUS, WITH A SUBTLE NOTE OF VANILLA-WRAPPED ANISE, CINNAMON AND BERGAMOT. THE FINISH IS FLOWERY AND CITRUS.

BALANCED, WITH NOTES OF VANILLA AND SWEET SPICES, SUCH AS CINNAMON AND CLOVE. SUBTLE, FOR ITS ANISE FLAVOR IS UNDERSTATED AND NOT FULL-BLOWN.

LONG AND ELEGANT, WITH NOTES OF VANILLA AND THE REMINISCENCE OF SUGAR CANE AT ITS BEST.

ITS COLOR RESEMBLES ANCIENT GOLD, AS A RESULT OF MACERATION WITH BOTANICALS, PRESENTS LONG LEGS PRODUCT OF ITS 35º ALCOHOL PROOF.

EXOTIC SPICES, WHERE FENNEL, BERGAMOT AND CINNAMON ARE ACCENTUATED, WRAPPED WITH A HINT OF ORANGE PEEL, AND A MARZIPAN AND CARAMEL FINISH.

ROUND AND UNCTUOUS, WITH BAKERY FLAVORS, CARAMEL AND SYRUPY PEARS. A MILESTONE IN THE HISTORY OF COLOMBIAN AGUARDIENTE; UNPRECEDENTED AND MODERN, IT WILL SET THE TREND WITH ITS MELLOWNESS AND ELEGANCE.

LONG AND UNCTUOUS; LEAVES AN AFTER TASTE OF BAKED GOODS AND SWEET SPICES. SURPRISINGLY SOFT, ELEGANT AND SUBTLE.

JUST LIKE ANY OTHER WONDERFUL SPIRIT, IT IS A MARVELOUS DIGESTIF THAT WILL TASTE DELICIOUS WITH CURED AND SEMI-CURED CHEESE. TRY IT WITH GORGONZOLA, BLUE CHEESE, AND EVEN CHEDDAR OR GRUYERE.

FRUIT BASED DESSERTS. SMOKED HERRING AND SALMON, CEVICHE AND SUSHI. TRY IT WITH CASHEWS AND HAZELNUTS.
IDEAL COMPANION OF THE COLOMBIAN BEANS, PORK OR TAMALES.

/%postname%/
#
Sort Gallery
on
no
off
off
Enter your email here
on
off
en
Are you 18 or older? This website requires you to be 18 years of age or older. Please verify your age to view the content, or click "Exit" to leave.